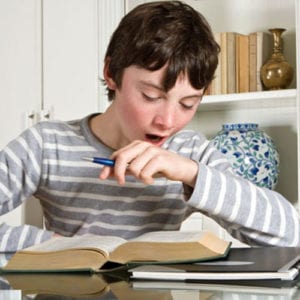 Teenagers, stereotypically, have the reputation of being hard to wake in the morning and wanting to sleep in whenever possible. The reality, however, is that many teens are just as sleep-deprived as adults nowadays. What could be causing this sleep deprivation, and what should be done about it?

Not getting enough quality sleep on a nightly basis can be a threat to your overall health, at any age. Consequences can include problems concentrating, mood swings, excessive fatigue, and poor performance at work or school. For teens, their sleep deprivation may lead to a disinterest in activities that they once enjoyed such as sports or hobbies. Over time, lack of sleep can cause cognitive decline and an overall decline in physical health, while also increasing the risk of major chronic illnesses like diabetes, obesity, and heart disease. Sleep deprivation essentially leads to chronic health problems that can linger into adulthood.

Scientists recently completed research studying teenagers who had their sleep patterns monitored both before and after certain common illnesses like the flu, a cold, and upset stomach. The sleep schedule and sleep times of each participant were recorded and examined, along with how many episodes of illness each participant experienced, their total amount of sleep, their length of sickness, and school absences.

Upon evaluating the data, the scientists determined that teens with regular sleep schedules and regular bedtimes had fewer sick days. Teens who tried to make up for lost sleep during the weekends had as many health problems as those with poor sleep habits. Those teens that did not get sufficient sleep were sick more frequently, missed more days of school, and were at a higher risk of developing a serious illness in the future.

Missed sleep, over time, can have major consequences on the health of a person at any age. People who experience sleep disruptions as children or adolescents could face serious consequences later in life. One of these potential disruptions is sleep apnea, a disorder that occurs when an individual’s airway becomes blocked while sleeping, causing repeated interruptions of sleep, and the lack of oxygen to the body.

These are all symptoms associated with a lack of sleep caused by sleep apnea, which is a sleep breathing disorder that must be treated. It will not go away on its own.

A sleep apnea dentist can perform an airway evaluation and determine if, or how badly, the airway is blocked. Call the office of Ebrahimian Integrative Dentistry at (831) 438-4411 to schedule an evaluation today.