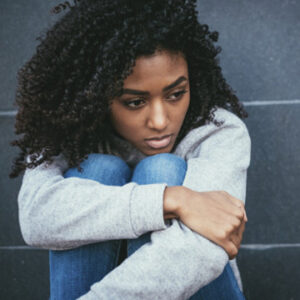 Sleep apnea is a common airway disorder affecting millions of people in the U.S. Its most common symptoms are loud snoring or gasping for air, as well as daytime fatigue that never improves no matter how much sleep you seem to get. However, did you know that sleep apnea has other lesser-known symptoms? Many people may not realize how much of an effect that sleep apnea has on the rest of their bodies. While snoring and fatigue are often reported in sleep apnea sufferers, you could have a sleep-breathing disorder and not know it if you aren’t a snorer. So, today on the blog, airway dentists in Scotts Valley share four unsuspecting signs of sleep apnea.

Sleep apnea can make it difficult for you to remember things, even stuff that you ordinarily would not forget. Many people may chalk up their forgetfulness to having a busy or stressful life, and while those factors also affect your brain’s ability to store memories, so does sleep apnea. The reason this happens is that the brain restores itself during the REM phase of the sleep cycle. This is responsible for storing memories. However, in cases of sleep apnea, the brain is constantly being disrupted during REM sleep. Therefore, memory loss is more likely in individuals with untreated sleep apnea, according to studies.

Research supports the idea that sleep apnea causes mood swings. Feeling moody or irritable is another unsuspecting symptom of sleep apnea. But it is no wonder that someone who isn’t getting enough sleep would feel moody. Feeling tired all of the time makes a person more likely to snap at others or feel easily agitated. If you find that you’re easily aggravated, or you snap at people a lot, it could be because you aren’t getting enough sleep due to sleep apnea. Don’t just assume that your mood swings are hormonal or due to stress.

Studies have connected untreated sleep apnea to depression. With sleep apnea, you’re tired all of the time, and so you’re more likely just to want to stay home and avoid gatherings and doing things you used to find entertaining or fun. You might end up feeling like a recluse, which only exacerbates irritability and feelings of depression. If you are depressed or experiencing thoughts about harming yourself or others, please seek help immediately by contacting the national hotline.

Not feeling “in the mood” is a complaint of many individuals as they get older, but it’s also a sign of sleep apnea. If you’re not sleeping well, your body isn’t going to respond as it should. You’ll feel tired and lethargic. In one European study, 82.5% of women and 56.6% of men in the study reported a weakened sex drive. It’s important to note that the age of the women did not impact their libido. Therefore, experiencing a low sex drive is common in people with sleep apnea.

What should I do if I think I have sleep apnea?

The first step to take if you think you might have sleep apnea is to get a consultation for an airway screening. At Ebrahimian Integrative Dentistry, we provide sleep apnea screenings to determine if you are a candidate for an official sleep study. Once your receive a sleep apnea diagnosis, treatment can begin. Our sleep apnea dentists in Scotts Valley can help you manage your sleep apnea by designing a custom-made oral appliance that facilitates an open airway during sleep to curb snoring and help you rest better. If you would like to learn more about treating sleep apnea without a CPAP or schedule an airway assessment in Scotts Valley, call Ebrahimian Integrative Dentistry at (831) 438-4411.